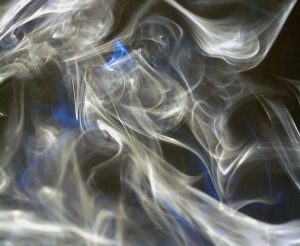 Tobacco is a dirty weed

It satisfies no normal need.

It takes the hair right off your bean.

Despite its obvious health risks and negative social stigma, still for every five people in the world, one is a smoker. Out of the 6.7 billion people living in this world, 1.2 billion people smoke tobacco. That’s 18% of the world’s population. Seriously, this is something many of us don’t understand. Throughout history smoking bans and prohibitions introduced by authorities resulted in minimal quit-smoking outcome. In spite of some harsh punishments including death penalty, smoking and smokers had continued to thrive and spread all over the world. Repressive measures seem to have aroused a spirit of popular rebellion and helped to increase the use of tobacco. The psychological pleasures and physiological satisfaction derived from tobacco smoking proved much more powerful than religious, moral, and legal persuasions. It seems that the senses of excitement derived from a cigarette can’t be obtained from anything else. Some smokers are unhappy, unsatisfied, nervous, bored, anxious, lonely, tired or just frustrated without their cigarettes. Some smokers use cigarettes to keep them thin, make them better able to think, or that they are more sociable while smoking. Some smokers smoke to celebrate the joyful times of life. Food, drink, fun and games, and even sex all seem to lose their appeal without an accompanying cigarette. Some smokers survived so many challenges in life, whose last, largest pleasure and perhaps his most effective way of relieving stress, are the treasured freedom to smoke. Some smokers have had multiple heart attacks, circulatory conditions resulting in amputations, cancers, emphysema and a host of other disabling and deadly diseases. They are fully aware that smoking is crippling and killing them, but continue to smoke anyway. To them, life seems not worth living without smoking.

The pleasure miracle provided by the little white paper roll has so much to offer that I can safely predict the cigarette is here to stay. It should point out that this predication is not intended as a eulogy of the habit of smoking, but rather as an objective estimation on why people smoke cigarettes.

In mythology and religion, fire and smoke are full of meaning. Its floating intangibility and unreal character have made it possible for imaginative man to visualize it as mystery and magic. For thousands of years, tobacco has had a sacred purpose for many people all over the world. It was used for praying, for showing respect, for healing, and for giving spiritual protection. Tobacco was considered the ultimate sacred plant and its smoke fog was believed to carry one’s thoughts and prayers to the God or other powerful spirits.

Even for us moderns, fire and smoke have strong fascination. It is true magic that you allow to swallow fire and to exhale smoke through a lighted cigarette. Fire is the symbol of life, and the idea of fire is surrounded by much superstition and inspiration. Smoke or fog extends the fire further. When smoker light his cigarette and see the glow in the dark, he feels he is not alone any more. A cigarette seems to be something alive. When it is lighted it appears to be awakened, brought to life. It’s a fascinating thing to watch the smoke take shape. The smoke, like clouds, can form different shapes. Smokers like to sit back and blow rings and then blow another rings through the first ones, which make smokers relaxed.

The mind can concentrate best when all outside stimuli have been excluded. Smoking literally provides a sort of “smoke screen” that helps to shut out distractions. Many smokers felt and they couldn’t think or write without a cigarette. Moderate smoking stimulates their mental alertness, gives them a focal point and attention, provides their hands something to do; otherwise they might make them self-conscious and interfere with their mental activity.

Modern life brings us a lot of worry, anxiety, stress, and depress. These affect us not only psychologically but also physiologically. Our modern culture lacks adequate relaxation. Many of us not only do not know how to relax, but do not take time to learn. Instead, we pick up unhealthy methods to relieve pressure from daily life. Smoking helps us to relax, since it gives us a legitimate excuse to linger a little longer after meals, to stop work for a few minutes, or to sit at home without doing anything that requires effort.

When a person feels depressed, the rhythm of his breathing becomes upset. A short and shallow breath creates a heavy feeling in the chest. Smoking results in deep breath, forces a rhythmic expansion of the chest, and thus restores the normal pace of breathing. These actions remove weight on the chest and may relieve mental depression temporarily. When we are enraged, we breathe heavily. Smoking makes smokers breathing more steadily, and thus calms them down.

Smoking brings oral pleasure. Oral pleasure is just as fundamental as sexuality and hunger. It functions with full strength from earliest childhood. There is a direct connection between thumbsucking and smoking. Adult smoking may be an extension of child thumbsucking to provide comfort. The satisfied expression on a smoker’s face when he executes the entire process of smoking is ample proof of his sensuous thrill.

There are scientific evidences that why so many smokers feel they smoke more under stress. Stress has a physiological effect on the body which makes the urine acidic. Whenever the urine becomes acidic, the body excretes nicotine at an accelerated rate. Thus, when a smoker encounters a stressful situation he loses nicotine and goes into drug withdrawal. Most smokers feel that when they are nervous or upset cigarettes help calm them down. The calming effect, however, is not relief from the emotional strain of the situation, but actually the effect of replenishing the nicotine supply and ending the withdrawal. It is easy to understand why smokers without this basic knowledge of stress and its nicotine effect are afraid to give up smoking. They feel that they will be giving up a very effective stress management technique.

Smoking Reduces Incidence of Some Diseases

Tobacco smokers think that antismoking activists misrepresent research to make smoking seem more dangerous than it is. For example, smokers argue that many of the chemicals found in cigarette smoke, such as lead and arsenic, are found in much higher concentrations in so called healthy foods, such as wine and fish. Furthermore, smokers contend that cigarette opponents fail to acknowledge the role smoking has had on reducing the incidence of a number of diseases, such as, Alzheimer disease, Parkinson disease, depression, pain, and obesity etc.

The Whole Point of Smoking is Inhalation of Nicotine

The whole point of tobacco smoking is inhalation of nicotine, a stimulant, which causes the body to release pleasurable chemicals, such as, acetylcholine, dopamine, endorphins, and enkephalins, epinephrine, norepinephrine, and serotonin etc. These chemicals generate high effects in human body, which is the true reason why people like tobacco smoking.

Thank you for reading this article. If you have comments or question, please leave them down below. I will get back to you. This review gets more useful if more people leave their comments on or ask question about smoking.

4 thoughts on “The Points of Tobacco Smoking”