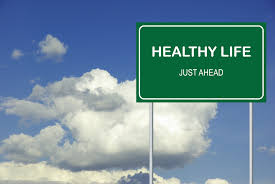 We rebrand smoking as toxic and non-toxic brands. Strictly speaking, there is no “non-toxic” or safe smoking. The non-toxic we describe here is relative to the conventional tobacco smoking, the toxic brand, which results in the generation of thousands of chemical compounds, including hundreds of toxic substances. The non-toxic smoking is relatively healthy alternative smoking. 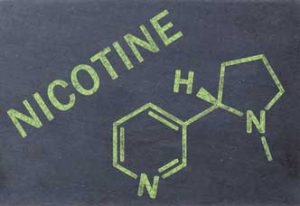 Key component in the non-toxic smoking is nicotine or nicotine-like substances. Nicotine is a stimulant, causes the human body to release pleasurable chemicals, such as, acetylcholine, dopamine, endorphins, and enkephalins, epinephrine, norepinephrine, and serotonin etc., and generates high effects in human body.

The alternative smoking satisfies nicotine cravings without the danger of lung cancer, heart disease, or other diseases associated with the tobacco smoking. The followings are the examples of non-toxic smoking.

The thought you have determines the action you take. What your think about smoking has a significant impact on your behavior. Cognitive Behavior Therapy focuses on changing thinking patterns on smoking. Once you have changed the way you think and feel about smoking, a change in your behavior, quit smoking, should follow.

Many herbs have a similar action on the nervous system as nicotine, making them useful nicotine substitutes for smokers who quit smoking with nicotine withdrawal symptoms.

Hypnosis is concentrated relaxation and allows a person to relax, while focusing on a particular problem. Hypnosis techniques can tackle the problem of the desire for cigarettes and the urge to smoke. Smokers are often asked to imagine unpleasant outcomes from smoking and thus create desire to quit the bad habit.

Nicotine Gel, also known as nicotine cream. In the gel, there is nicotine. All you need to do is dispense gel and rub onto your

skin. You get your nicotine effect by absorbing nicotine from skin into blood stream.

Nicotine Gum likes ordinary chewing gum. The gum in the mouth releases nicotine, which is absorbed into the body through the mucous membranes. It tastes very different from regular gum and has tingling or peppery, because it contains nicotine.

The use of the lozenge is similar to that of nicotine gum; it is placed between the cheek and gum tissue and allowed to dissolve. Nicotine is released into the bloodstream through the lining of the mouth.

Nicotine Patch, or Transdermal Patch is a small patch containing nicotine, which are attached to the skin with adhesive. A patch is worn on the skin, supplying a small but steady amount of nicotine to the body.

Nicotine Pouch is another alternative for you who prefer to put something under your lip, releasing nicotine quickly from mucous membranes of mouth into blood stream.

The nicotine wafer is thin, light, pleasant-tasting disc of edible paper that contains nicotine. Placed under the tongue, it dissolves and releases its nicotine into your blood stream.

Many terms are used to describe smokeless tobacco products, such as oral, chewing, Chaw, dip, plug, snuff, spit, and spitless tobacco. They come in two forms: snuff and chewing tobacco.

Snuff is a fine-grain tobacco that often comes in teabag-like pouches that users “pinch” or “dip” between their lower lip and gum. Chewing tobacco comes in shredded, twisted, or “bricked” tobacco leaves that users put between their cheek and gum. Whether it’s snuff or chewing tobacco, you’re supposed to let it sit in your mouth and suck on the tobacco juices, spitting often to get rid of the saliva that builds up. This sucking and chewing allows nicotine to be absorbed into the bloodstream through the tissues in your mouth. 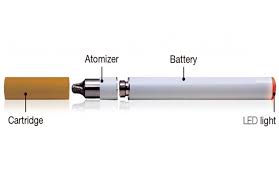 Electronic Cigarette is a small battery powered device that delivers nicotine liquid solution in a vaporized form, fog, when inhaled air activates an atomizer. It has a light at the tip that lights up with each drag. Electronic Cigarette performs similarly to traditional smoking. It looks, feels and tastes like a cigarette, and delivers all the pleasures of smoking, but it does not contain tobacco, tar or known carcinogens. Thus, electronic cigarette users enjoy nicotine, but don’t suffer from harmful chemicals like hydrogen cyanide, ammonia, and acetone. 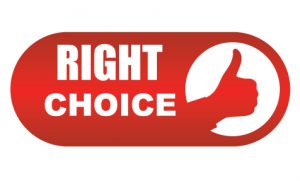 We should point out that the last two smokings, smokeless tobacco and electronic cigarette, are reported to have association with many dangerous health effects. There two smokings are listed in the non-toxic smoking, since they are relatively safe comparing to the conventional tobacco smoking.