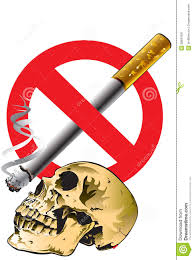 Cigarette smoking is responsible for more than 85% of lung cancers and is also associated with cancers of the mouth, pharynx, larynx, esophagus, stomach, pancreas, uterine cervix, kidney, ureter, bladder and colon. Cigarette smoking has also been linked to leukemia. 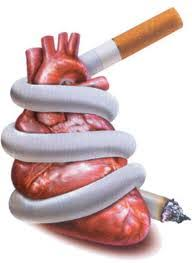 Apart from the carcinogenic aspects of cigarette smoking, the chemicals in tobacco smoke harm blood cells and damage the function of your heart. The damage increases your risks for cardiovascular diseases (including stroke), sudden death, cardiac arrest, peripheral vascular disease and aortic aneurysm.

Many components of cigarette smoke have also been characterized as ciliotoxic materials that irritate the lining of the respiratory system resulting in increased bronchial mucus secretion and chronic decreases in pulmonary and mucociliary function.

As people age, bone tends to deteriorate faster, causing osteoporosis and other disorders. Tobacco smoking artificially accelerates bone degeneration. It has been known from many epidemiological studies that smokers usually show bone loss, and their bone density is much lower than non-smoker’s bone density. 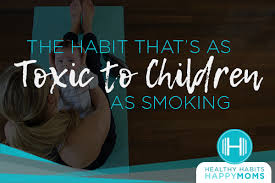 Tobacco smoking leads to an increased risk of having babies with webbed fingers and toes, and missing or extra fingers and toes. Smoking half a pack a day increased the risk of having a baby with digit abnormalities. These defects can lead to surgery and other unwanted complications for the infant. Digits are formed in the earliest part of pregnancy, so damage could be done before a woman knows she is pregnant.

Smoking leads to an increased risk of developing age-related macular degeneration, cataract, and optic nerve damage, all of which can lead to blindness.

Besides the significant negative impacts on the tobacco smokers, the second-hand smokes cause similar detrimental effects on peoples around the smokers. There is no safe level of exposure to tobacco smoke.

It is no doubt that tobacco smoking is toxic. You should avoid it!